In anticipation of Rogue Stars

Doggo the Bruise. Quite a notorious mercenary, plying his trade in the colonies. He's small, hard-bitten, and rather shoots people to slag than ask questions. As long as the money is right. 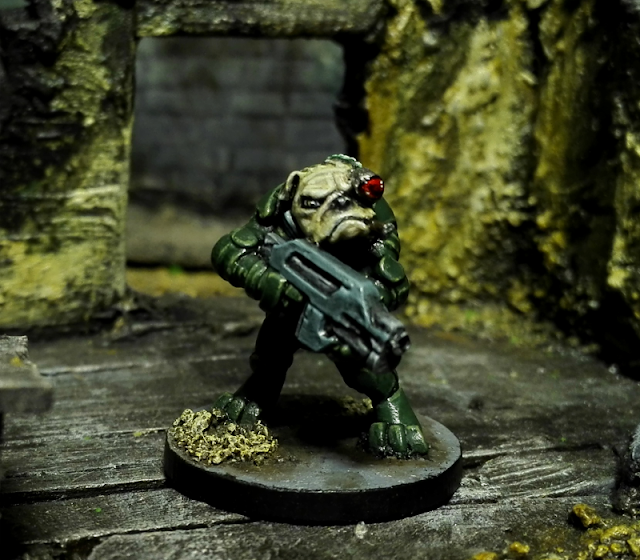 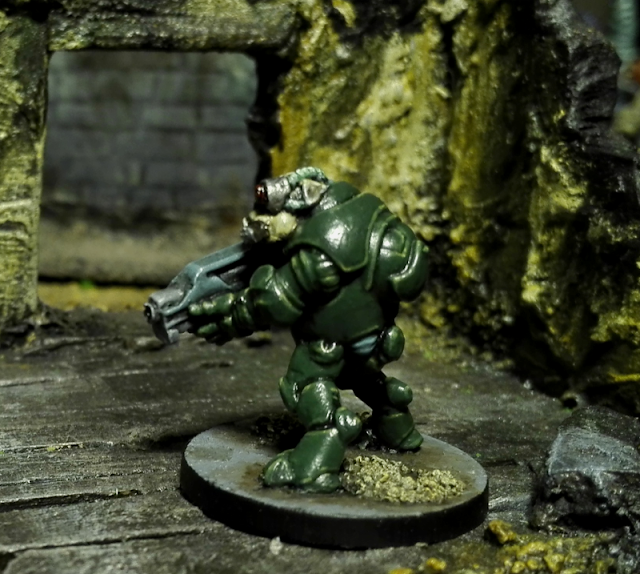 This is the Smudgester (B) miniature from hfminis.co.uk. What a nice and characterful little chap. I finally got around to painting him up riding out on the enthusiasm of the Rogue Stars nickstarter. I've been looking forward to that game for quite a while, and now that its nearing release I thought I'd better start getting some stuff painted.

He's tiny though, so was pretty hard to get in focus with my shoddy light set-up. And green is ont my strongest colour. Still, I think he turned out pretty nicely.